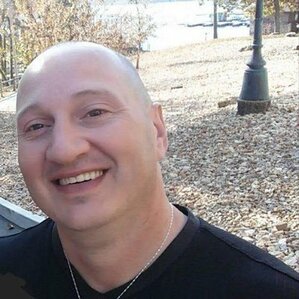 Some Information About John Simms

John is successful in both life and business. He also overcame his multipotentiality and a debilitating medical condition on his own.

John was mentored by a well known advanced psychology expert who was involved with government interests. He also received advice from master hypnotist Jonathan Chase and professional entertainer and magician Bob Kelmer among others.

John has degrees in Counseling (PhD), Fitness, Medical Massage, Business and Divinity (Hon DD)  along with several skills and certifications in multiple modalities. His doctoral capstone paper was on Rectifying Problematic Issues In Modern Day Counseling.

​John specializes in some, but not limited to the following down below:
1). Life Mastery via life coaching, strategy and mentorship
2). Personal Potential and Empowerment via life coaching, strategy and mentorship
3). Philosophical Counseling
4). Eclectic Psychology with Depth, Humanistic, Transpersonal  and Solutions Focused emphasis as well as Simms Hypnosis, advanced psychological techniques and unorthodox approaches.
5). Christian Counseling
6). Spiritual Training, Counseling and Mentorship with personal and practical spirituality  emphasis.
7). Integrative (Holistic) Medicine that includes some physical health services and alternative approaches or remedies.
8). Officiate nontraditional wedding ceremonies for couples.
9). Unspecified specialties only his Inner Circle members will benefit from.

In regards to healthcare, counseling and psychotherapy, John created an insurance alternative called "Simms Care" that may be better than regular insurance coverage, cost sharing or discounts plans and fee for service arrangements. He also created his own version of hypnosis called "Simms Hypnosis" and utilizes advanced psychological techniques and unorthodox approaches that tends to be more effective than traditional counseling and psychotherapy.

Between 2004-2007, John was a member of the Masonic Lodge. And during his involvement, he was a Board of Director,
Vice President and Chairman of the Audit Committee for the Temple Association. Since then, John  has been approached by other secretive organizations, mystery schools and a think tank, but disregarded them. However, he did form a member's only group called the "Inner Circle" that deals with life mastery and personal potential and empowerment. ​​

Since childhood, John knew that he was an outsider and different from his peers. He has also been told by several people that he is an old soul.

On February 21st 2012, John became an ordained minister. He is also a true spiritual, but not religious person.

​On August 16th 2018, John moved into his forever home in Warrenton, Missouri.